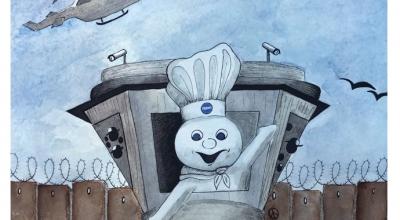 On May 31st, 2022, Following a two-year campaign calling on General Mills to stop making Pillsbury products on stolen Palestinian land, the company announced that it had sold off its stake in General Mills Israel. In response to media queries, the company stated that it would no longer produce any products in the Shalgal factory, located in the illegal settlement of Atarot, nor would it continue selling Pillsbury products in Israel.

The No Dough for the Occupation Campaign was launched by the American Friends Service Committee and the Palestinian Boycott National Committee after in 2020, the United Nations Office of the High Commissioner for Human Rights included General Mills in its database of companies doing business in illegal Israeli settlements in the occupied Palestinian territory.

The campaign called for a consumer boycott of Pillsbury products, and it was endorsed by members of the Pillsbury family, by local groups in Minneapolis, Philadelphia, San Francisco, Pittsburgh and Portland, OR, and by Women Against Military Madness, SumofUS, American Muslims for Palestine, United Church of Christ congregations, and Jewish Voice for Peace. The campaign coalition organized annual rallies outside the company’s shareholders meetings, a petition signed by over 120,000 people, picket lines outside grocery stores, and a holiday Pillsbury-free bake-off competition.